The 1st gen "ELECTRIBE-R" has been revived.

Plug-in version of ELECTRIBE-R for Mac/Win.

The ELECTRIBE series offers intuitive operation with knobs, switches, and step sequencers, allowing anyone to start beat making right away. The "ELECTRIBE-R", one of the most popular and loved by track makers all over the world, is revived for your Mac/Win.

It began with an experiment.

The first-generation ELECTRIBE series was based on the concept of a fun way to choose spicy and unique stand-alone instruments that could be used as add-ons for electronic music, rather than large devices trying to cover all parts in one machine, depending on your preference. The software (preloaded tone creation) was handmade by our voicing staff with the idea of "a rhythm machine that allows you to develop sounds and easily create contemporary music.

The sound source section, which follows the original "ELECTRIBE-R" synth engine but further expands it, has a total of nine parts: four synth parts, PCM hi-hat (open and closed), cymbals, claps/snare, and accents. The synth part has four selectable waveforms (sine, triangle, square, and sawtooth), which can be processed by six different modulation types. The PCM part also offers six different modulation types for further processing. Each part has an AMP section for volume, note length, panning, and level only low boost adjustment for the accent. Despite its simple configuration, it is surprisingly versatile and can be used to create a wide range of groove patterns and matching sounds.

"ELECTRIBE-R for Mac/Win" has a total of 15 types of effects (more than the original “ELECTIBE-R”, including a compressor, Valve Force for warm overdrive, distortion, and a slicer that can be used for tricky rhythm making, enabling more diverse sound creation than ever before. You can also select the part and step where the effect is applied, as well as use the motion sequencing function, allowing you to be more creative than ever before.

One of the cool functions of the ELECTRIBE series is the "Motion Sequence Function" that stores the movements of knobs and switches. The original "ELECTRIBE-R" had a limited number of parameters that could be stored, but the "ELECTRIBE-R for Mac/Win" has been expanded to store all parameters per part. As with the original, two types of motion behavior can be selected: "Smooth," which smoothly connects changes between steps, and "TRIG HOLD," which produces staircase-like changes.

The step sequencer section that is super easy to use!

This step sequencer is based on the first-generation "ELECTRIBE-R," which has an established reputation for high visibility and ease of input. With "ELECTRIBE-R for Mac/Win," not only can the number of pattern steps be freely set, but also the pattern resolution can be selected from nine types. In addition to the standard 4-beat patterns of 1/8, 1/16, and 1/32, there are also 3-beat/shuffle patterns of 1/12 and 1/24, as well as 1/10, 1/20, 1/14, and 1/28 suitable for 5- and 7-beat patterns, allowing for a wider range of beat-making applications. In addition to the main page, an edit page dedicated to pattern input has been added, allowing you to set patterns, mutes/solos, accents, and effect sends for all parts, as well as motion sequence input, for more precise beat making with a clear view of the entire pattern.

You may buy Korg Electribe-R v1.0.1 or download it from our website.
This product was released on 20 Jan 2023. Please check compatibility with your hardware and O/S. 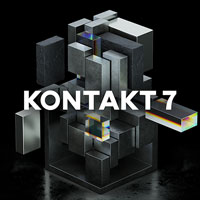 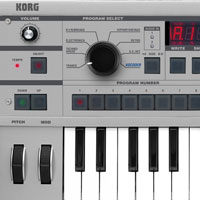 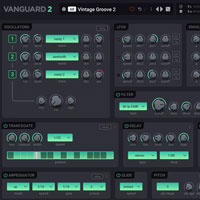 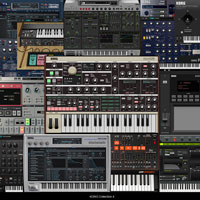